Catching up from one weekend away is really quite overwhelming.  There was some news though which still has me reeling –  I’m sure you saw or read about it as well – the break up of Bibi and Poldi.  A greater love story has never been told.  Two giant turtles joined together by circumstance, lust or a mutual affection for grape leaves can no longer abide each other’s presence, let alone give each other a kiss good morning.

Bibi’s the one who wants out.  She’s become quite the nasty old girl – she bit Poldi’s shell and basically told him to get out.  Unfortunately, even if Poldi had a place to go, it would take him about a month to make any progress towards the door.  Their caregivers (for at their age, you really can’t call these people anything other than ‘caregivers’) have tried many interventions – marital counseling, turtle aphrodisiacs (I have no idea what these are – Cialis?  Dark chocolate and strawberries?),  I even think someone penned a love letter to Bibi on Poldi’s behalf.  Nothing’s worked – no medically reinforced erection, the chocolate upset their digestive tracts and Poldi ate the letter.  Yes, I made up the last part.

I wonder whether we’ve really given them enough time or too much time?  I mean, do we know when Bibi really fell out of love?  Given the speed with which things happen in Turtledom, she might have been enduring a loveless union for the last fifty years – in which case, I think biting her spouse was a pretty mild response.  Can one really blame her for being tired of looking at the same wrinkled face day after day, year after year? Making the same breakfast, withstanding the same lack of table manners – not even getting a “thank you honey” for over a century?  One hundred and fifteen years of waiting for the rock to be moved, a birthday to be remembered, maybe an understanding hug in lieu of a mechanical climb up her back which takes so long, he forgets what he’s doing up there, and she falls asleep feeling like the weight of the world is on her shoulders?  Can you blame the poor girl?  When is enough enough?  I am confident that if she gets a good turtle lawyer (like Raoul Felder dressed as a Ninja Turtle)  she’ll be able to live her remaining six hundred years in peace.

And Poldi?  My hunch is that he wouldn’t mind a little more peace and quiet either.  A hundred years ago, she was a helluva looker, with bedroom eyes and a smile that would melt anybody’s shell.  Now she’s just a bitter, hormonal kvetch who finds fault with everything he does.  Not to mention that she could use a few more trips to the gym.  And if he had bitten her – the turtle police would have been all over him.  He’d just as soon trade her in for a newer model if anyone would bother to ask him.

I still say that one hundred fifteen years of matrimony is arguably a success – even if they end up divorcing.  I think they really gave it the yeoman’s try.  That said, they should be sure before they begin mediation – take some time, think it through, see if there is anything left to salvage.  You know what they say – love takes time. 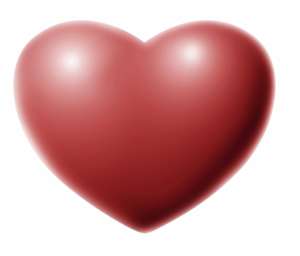