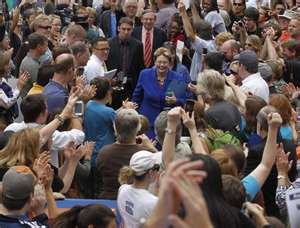 Yesterday the University Of Virginia Board Of Visitors reversed its decision and reinstated Teresa Sullivan as the school’s President.  The Washington Post provided front page coverage about the closed-door political nonsense that fueled her immediate suspension and the passionate populous reaction that drove her reinstatement.  The bottom line?  Ms. Sullivan is a leader that faculty, students and alumni want to follow.  The paper quotes one department chair – “You can move fast, or you can move incrementally.  But it doesn’t matter unless people follow you…People follow her.”  I have often said, one of the biggest failures in leadership is the hubris to think that you never have to change your position and turn around to see who’s there.  Your perspective on your team must be as comprehensive as possible.  You have to move around.

Ms. Sullivan’s misstep rested in her immersion in the U-Va culture without keeping on eye on the education politic – the Board.  Her dismissal was orchestrated behind closed doors, by people who rued her patience and thoughtful approach to issues.  They were looking for sweeping change – in what areas I don’t know.  In my view, such dramatic action would have resulted in the Board creating a scapegoat as well – I don’t think she could have won regardless of her approach.

This is a bit of an attenuated way of writing about why every constituency associated with the University passionately advocated for her return.  Here are but a few of the takeaways that  I think are worthy of consideration…Rather than clean house upon arriving, she asked her team to give her eighteen months to prove herself and for them to prove themselves in return. She traveled solo from campus event to campus event, alumni fundraiser to alumni fundraiser, sporting event to sporting event.  She involved herself in truly understanding the needs of the student, the faculty and the alumni –  her informal and consistent communication was welcome.  Sullivan’s efforts to maintain transparency included reports that weren’t filled with fluff, outreach that was personal and consistent and worked to establish a “relationship-centered presidency”.  Of no less importance, she honored her commitments and had a ‘set of rules’ that were easy for her team to get behind (i.e., no surprises, don’t filter bad news, if the going gets tough make sure everyone is aware of what’s happening and finally “people and time are our greatest resources; don’t waste them”).

She established and maintained trust.

There is no doubt Sullivan has vision and strategy.  Her professional experience is as impressive as her degrees.  But none of this would really matter if she hadn’t fostered the trust and confidence in the people she served.  Leaders serve. Such a concept suggests a different approach to people, strategy and vision than that which we typically consider in any for-profit environment.  Her weakness was in not learning how to bob and weave, and one can’t minimize the need for that kind of facility.  As Sullivan notes, “There are aspects of administration, they’re like a chess game…You’re looking forward three or four moves.”  Apparently Theresa Sullivan was looking forward – and probably around her as well.  She just wasn’t paying attention to the knife in her back.  I think her approach should resonate with every leader; I think it probably won’t.  I  wish there were term limits on department heads and leaders in companies – and their tenure was predicated upon votes from more than a board and/or shareholders.  I believe it would foster an urgent review of what it takes to really have unanimous support.  For U-Va?  Today is a good day. 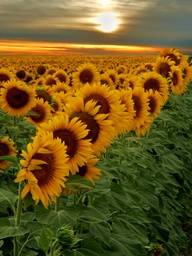